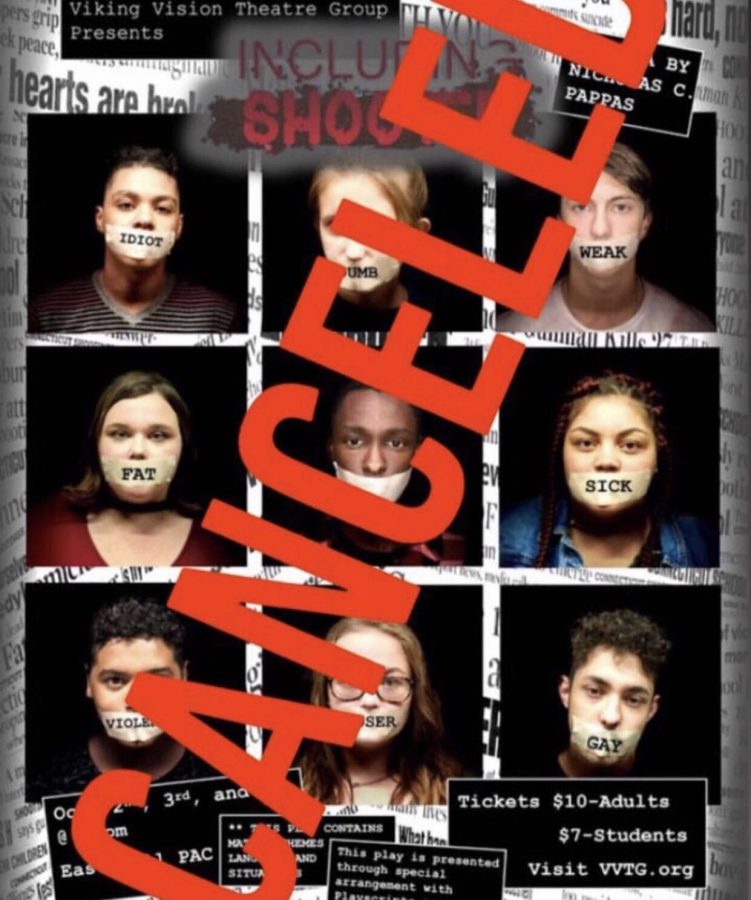 There is a big controversial topic spreading amust the Viking community about a certain play named “Including Shooter” being canceled.  , The play was to send a message to the community that people go through things but they aren’t alone stated senior named Lakitia Brinkley. As i walked the hallway, i begin to see students taking down posters and are very upset about the news so i decided to see for myself and interviewed a couple of teachers. The drama teacher was very disappointed and said, “ My drama students worked very hard to put on a show for the school’. She later told a couple of her students, “ no matter what happened before, we are going to take that setback and make us stronger with the next play.’ Many teachers saw the play from both pointviews as being a hazard towards the school and a disappointment to the hardworking students. As a student myself, i felt as though the play was inspiring to us and to help us pursue a better insight on school shootings. The play may have been canceled but that is not stopping the East Hall Theatre department from doing their job. Come out and see the next play entitled “selfie”.