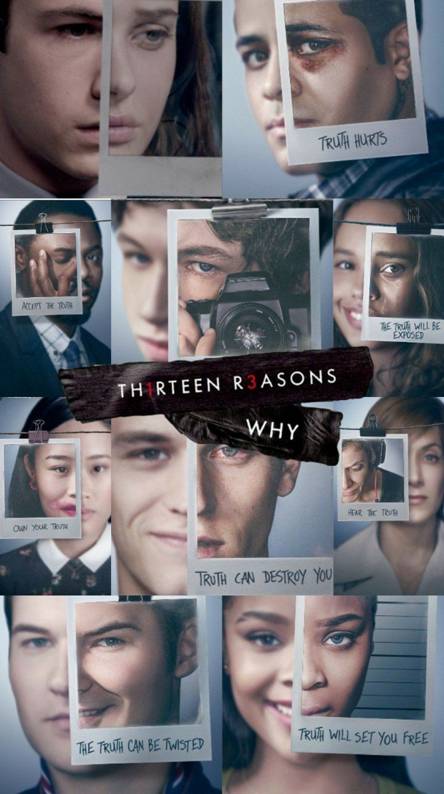 13 Reasons Why came out with their new season on Netflix , their new season came out on August 23rd. 13 Reasons Why had people talking about it since it had came out with their first season. Before you view the show it has a content warning that warns you that you ‘’may find disturbing scenes like sexual assault, substance abuse and suicide’’. The show does not sugar code anything, it also has a web page for you or anyone you may know in case you might have a problem.

The show shows you how things really are and shed light on what is happening. First Season was about a teenage girl named Hannah who had committed suicide and her tapes got sent about the reasons why she had done what she had done. Second season was based on getting justice for Hannah and what happened to her. This is when the third season  came around and the second season left with a cliffhanger. Third Season is currently about what has happened to Bryce.

I asked students what they think about the show ?

“I really like it because it is real life. Theses things happen to adults,teens and many more and how they go through it, “ says Junior Chelsea Priest.

Chelsea thinks the show spreads awareness about suicide and she thinks it is  important for high school kids to watch it so they can understand the consequences. As for the third season, she expects the show to go downhill because normally it is how shows are.

Third season also has incorporated a new star for the show.  The year the show came out was May 31, 2017 which had many people talking because they would have never thought of a show that came out and have such real life content which is why they introduced it with a very own website and a content warning. Some people could not seem to watch it anymore because it was just too much for them to have a good grasp on the show and pretty soon did not pay attention to what is going on or why certain things have happened throughout the show.The Rotten Tomatoes review was 37% for average tomatometer but for the audience was 61%.The cast of the show gives you information on how you can help someone in need or even yourself it could be found on their website or even on Netflix.