The Vikings 5 hour game resulted into a 34-26 loss 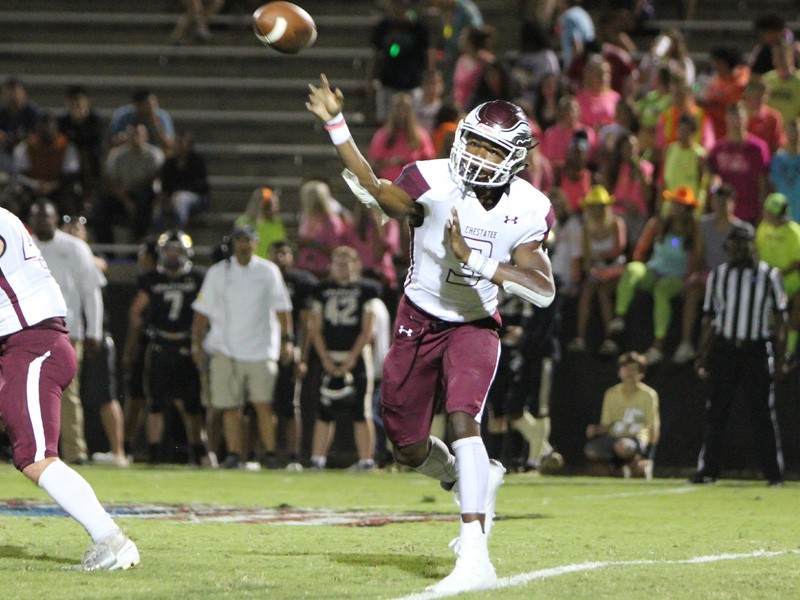 The Touchdowns against Cancer Game vs Chestatee Was one of the longest games in East Hall History on September, Friday The 13th, 2019. The East Hall Game started at 7:30pm, and ended at around 12:30pm. The East Hall Vikings scored a total of 26 points against the Chestatee defense, while the Chestatee offense pulled through with one more score than East Hall in the 5 hour game. 2 hours of rain and lightning delay didn’t stop the East hall Coaches from staying to finish the game. The Offense started off strong, gaining first downs and eventually scoring in the first quarter. Montavious Tabor(23) Showed exceptional skills and attitude during the game.

“He is an exceptional football player whether he has the ball in his hand or he is blocking for someone else.” Head Coach Michael Perry said in an interview.

At halftime, The score was 21-20, Chestatee. The East Hall Locker room was Furious as the Atlanta Rehab Trainer, Peyton Chapman, told them about the rain delay. Eventually The Vikings were able to finish the game with the stands empty, with few people staying to the end. The Viking students showed their pride for their school, and one player, Luke England(18), Who battled and beat Cancer. The Vikings have a bye week, and then take on GAC at home.