Review: A Countdown to Nothing 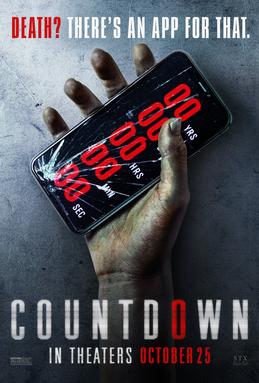 Countdown is a horror film was directed by Justin Dec and released on October 25.

Countdown follows a young nurse (Elizabeth Lail) who downloads an app that supposedly tells her when she’s going to die. Wow… where do I even begin with this fine piece of cinema. First let’s start with the good. It was funny at times and that is all it has going for it.

Now let’s talk about the bad. The movie was borderline horrible it was unintentionally funny at times. The thing that sucked the most was that most of the people in this movie are not bad actors, it’s just the role they were cast in were written poorly.

The first half of the movie is bearable but the second half is just so confusing with too many minor subplots that made the film hard to follow and get in to. There were some good jump-scares, but the film relies on cheap jump-scares to scare the audience and most of them were extremely predictable, just like the entire move.

This movie does nothing new and is full of horror movie tropes, like a creepy priest and the general premise of the movie. It’s disappointing because I had such high hopes for this movie. I can tell so many people felt the same way because the ratings for this movie is incredibly low and with good reason. I’m rating this movie a 2/10. This movie was just so disappointing on so many levels I don’t think I’ll ever  watch this film again. It seems like the only purpose of this film was to be released around Halloween just for a cheap buck.