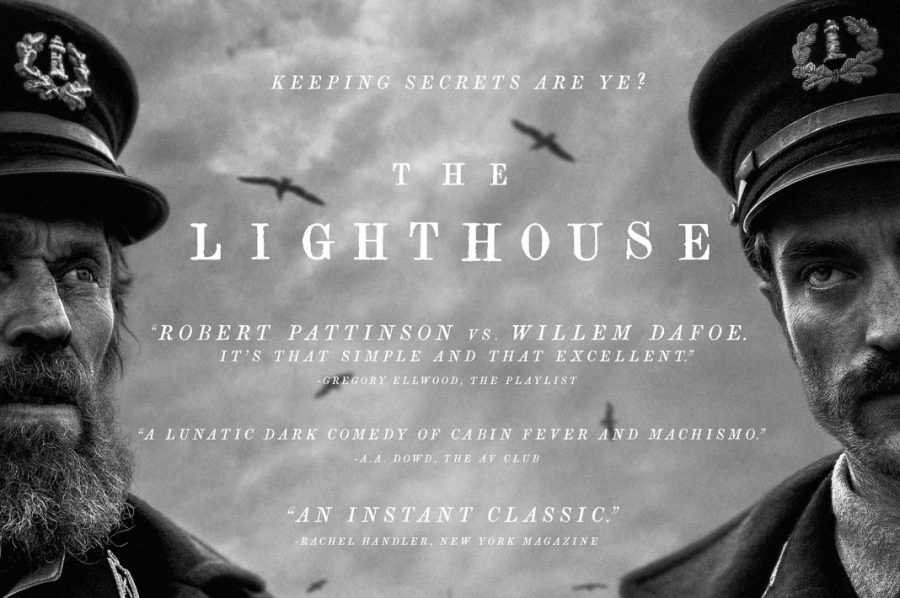 The Lighthouse was directed by Robert Eggers and released on October 18.

The story is a psychological horror film shot in black and white,it revolves around two lighthouse keepers trying to keep their sanity while on an isolated island.

The first thing I want to say about this movie that its brilliant. The film takes place in 1982 which explains its in black and white filter and revolves around two lighthouse keepers. The older lighthouse keeper is named Thomas he likes to keep to himself and not talk much which is the opposite of the young lighthouse keeper who is named Ephraim, Ephraim just wants to talk but going deeper into the film the character’s change the Thomas goes from not saying much to talking a lot and this really helps the movie show them as real people that we should care about.Depending on the type of person you are and how you enjoy your movie the black and white filter may be a hit or miss. You should also know that this film is disturbing and your watching the two men slowly descend into madness and the alcohol isn’t exactly doing any of them favors. There were so many surprises in this movie that I enjoyed and this isn’t exactly a feel good movie the way it was shot makes it look cramped adding a layer of claustrophobia.

There were really no downside’s to the movie.The black and white filter adds more to the movie and improves already great shots. The acting was fantastic it felt so realistic not once did the acting feel forced it was perfect. Something that can make or break the movie experience for you is the imagery as it is very disturbing and sometimes it also has dark humor so that’s something that could change your thoughts on the movie. Overall the movie gets a 10/10 this movie was amazing and a real treat I highly recommend it if you can handle the imagery, even if you don’t like black and white style of it I still recommend watching this movie.